Ten lesser-known designs by women from the past century 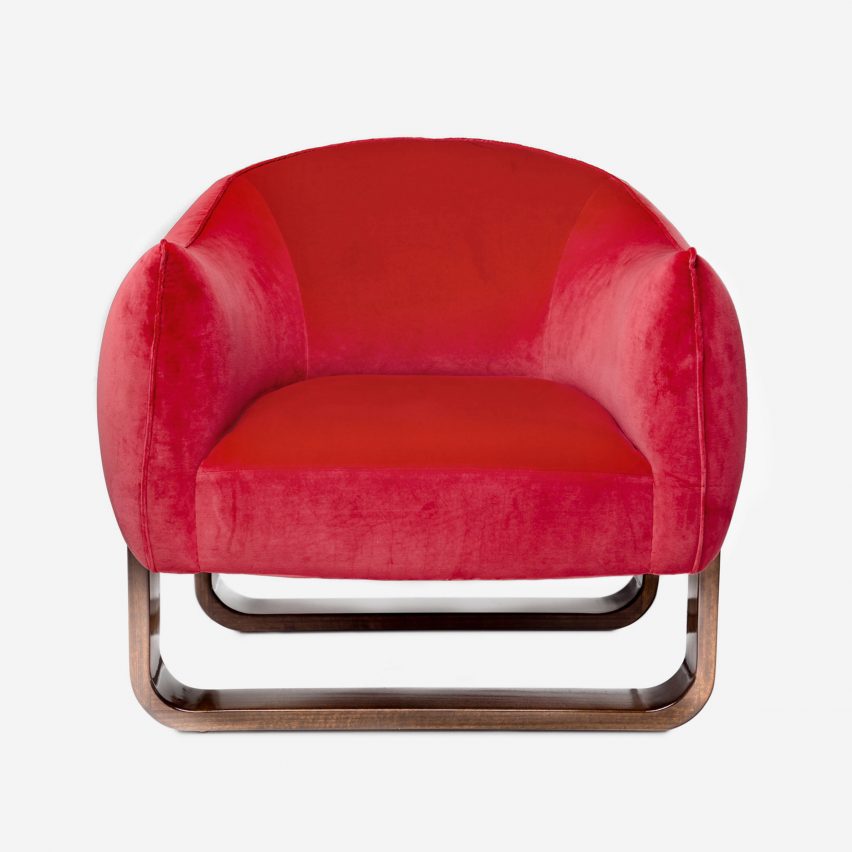 Architect Jane Hall‘s Woman Made book celebrates the work of over 200 women designers from the past century. The author picks 10 items designed by lesser-known women from the book.

Illustrated with images of objects made by female designers, including Zaha Hadid and Ray Eames, Hall’s book charts 100 years of work using a simple A-Z structure that focuses on one product per designer.

The book serves as an encyclopedia of household objects made by women. According to Hall, the book aims to “trace how women’s roles have changed throughout the 20th and 21st century.”

Woman Made: Great Women Designers includes designers from over 50 countries around the world and with products made by both household names and lesser-known women.

“I wanted it to be as far-reaching as possible in a way that a lot of other books of the same ilk don’t really offer or don’t really attempt to do,” Hall told Dezeen.

“Often these narratives can end up being a little bit one-sided, or just creating a well-known history of women that already exists, so hopefully there are quite a few surprises in this book,” said the designer.

Hall is co-founder of Turner Prize-winning architecture studio Assemble. Below, she chooses 10 projects by women designers from her book, most of whom she believes are relatively unknown.

“Originally from Kochi in southern India, co-founder of Soft Geometry, Utharaa Zacharias moved to New Delhi to study product design at the National Institute of Fashion Technology, where she met co-founder, Palaash Chaudhary.

“Describing New Delhi as ‘ripe with inspiration, materials, tools, and ingenuity’, Zacharias and Chaudhary went on to study furniture design at the Savannah College of Art and Design in the US. The Elio Light was inspired by a photo series capturing the interplay between light and transparency on glass, water, skin, and even dust.”

Watering can, 1955, by Hedwig Bollhagen

“At 20 years old while still a student at a technical college, Hedwig Bollhagen became the supervisor of an entire department of ‘paint girls’ in a stoneware ceramics factory near Berlin.

“The ceramic 766 Watering Can is notable for its absence of a handle, instead featuring two ergonomic indentations. Despite her influential legacy, Bollhagen herself described her work as ‘just pots’.”

“Gegia Bronzini, fascinated by the work of the female farmers in Marocco, Venice, was inspired to purchase a loom and went on to found a small weaving school there.

“She began experimenting with colour and texture, incorporating unusual materials such as broom bristles and corn husks into natural silk and linen yarns.

“Finnish designer Liisi Beckmann is somewhat of a mystery. Although she moved to Milan in 1957 and established a successful career designing for Italian design firms, her designs remain mostly invisible, with the exception of the Karelia easy chair designed for Zanotta in 1966.

“Its undulating form of expanded polyurethane foam covered in vinyl is inspired by the coves of Karelia in Finland where Beckmann grew up. Beckmann’s designs from this period are now held in the Helsinki Design Museum.”

“Marie Burgos’s furniture designs and product line are inspired by her appreciation of mid-century design and the aesthetics of both the natural landscape and built environment of the Caribbean island of Martinique, her ancestral home.

“A certified master in feng shui, Burgos pairs opposites, such as clean lines with curves, hard textures with soft, to achieve a sense of balance. The Milo Chair, for example, combines handcrafted wood legs with raspberry-hued velvet upholstery; its plush, curvy form is suggestive of a hug.”

“She began working for the Italian postwar Neo-Rationalist Franco Albini, whom she called her ‘maestro’, and his partner, Franca Helg.

“She was the first woman to graduate in architecture from the Politecnico di Milano and founded the plastic furniture fabrication company Kartell. Many of her designs are still in production, including the popular Componibili Modular Storage System.”

“The Dune collection, described by designer Lisa Ertel as a family of archaic seating, is made from solid spruce wood, sandblasted to create a textured surface throwing the wood’s grain into relief. This transforms the annual rings of a tree that reveal its age into a tactile surface.

“The German-born designer based the forms of Dune on traditional German Ruhsteine, stone benches placed on the side of roads where historically travellers would stop to rest and was designed while Ertel was still a student of product design at the State College of Design Center for Art and Media.”

“All of their woodwork is fabricated, finished, and assembled in-house at their base in New York.

“Core designs like the Kenny Dining Table establish confident forms that are then iterated using a variety of materials, such as the walnut top and base seen here. The group frequently promotes the work of women in the industry, as organisers of the exhibition Designing Women for the non-profit arts organization NYCxDESIGN.”

“Cleo Baldon was already the owner of a successful landscape design business, Galper-Baldon Associates, before she founded a sister company, Terra, to manufacture furniture to accompany some of the 3,000 swimming pools she herself designed across Southern California.

“Mira Nakashima’s pieces celebrate the knots and idiosyncrasies found in timber, reflecting the dictum of her father, George Nakashima, that there is a perfect and singular piece of wood for each design. Nakashima inherited her father’s woodworking studio in 1990 after studying architecture in Tokyo.

“Her approach has introduced more angles and curves to the work of Nakashima Studios, which continues to be based on the craft-based traditions of her father with the richness and texture of wood still very much in evidence. The walnut Concordia Chair was created for a group of local chamber musicians.”

The images are courtesy of Phaidon.

The post Ten lesser-known designs by women from the past century appeared first on Dezeen.